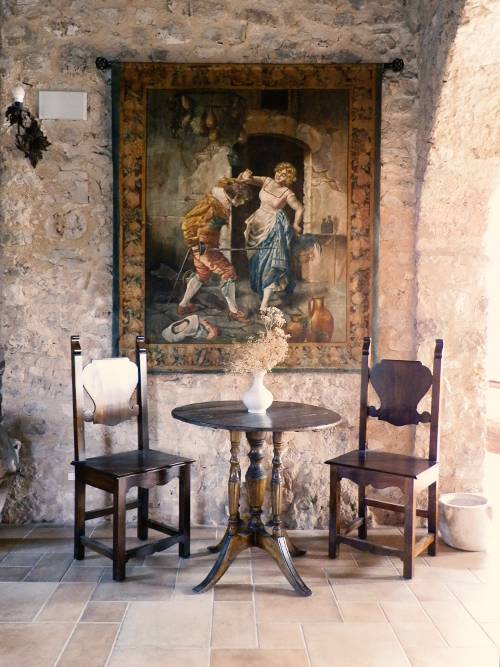 What was the Red Tower? Dating back to XIII-XIV centuries and together with the winery, the red tower was the core of wine and oil production. The millstone and the press for the olives used to rotate in the middle of a wide space, to create the delicious olive paste. The squared red tower, was the protection of this precious product. Walking under a big arch you will discover the sacred part of the structure: traces of Saint Stephen’s fresco, that remind of the frescos located in the church of Santa Maria and San Cristoforo in Itri. 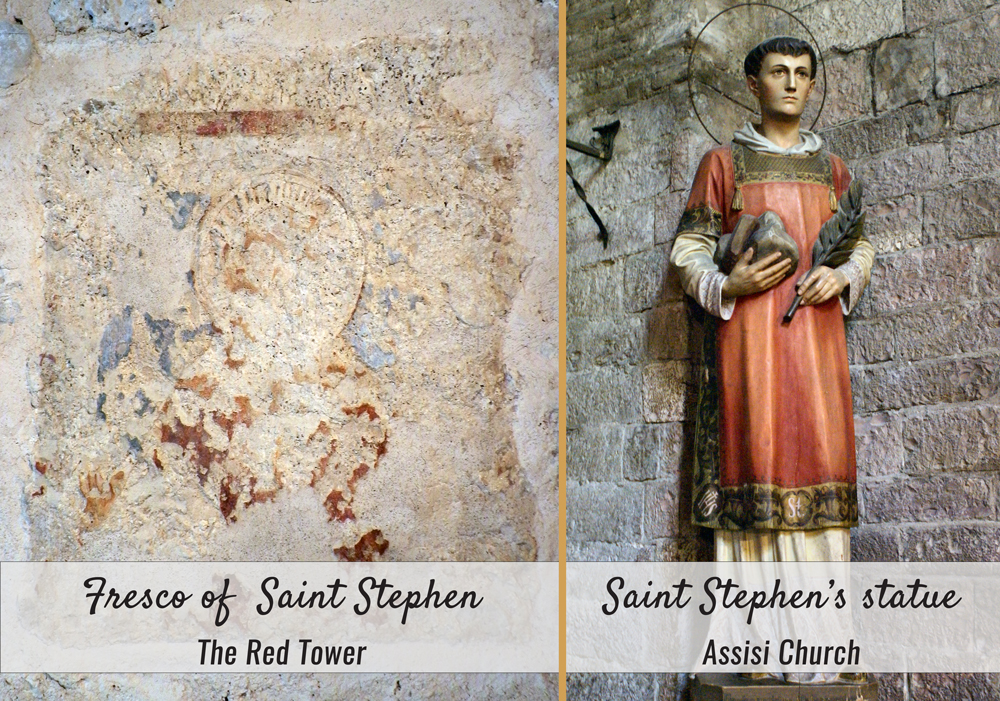 Being exporters of oil and olive pasta by sea, the red tower played an important role in the economy of that time, an economy that was made up by the interaction among craft, agriculture and trade. That’s why there are some graffiti depicting canals and the coat of Gaeta, the departure city of the ships. After the Napoleonic invasions, followed by the subversion of the old institution and the epic of Michele Pezza, the famous bandit Fra Diavolo, the red tower was transformed into a sheepfold, the “Mandra of Santo Stefano”, traced in the maps of the mid-nineteen century. 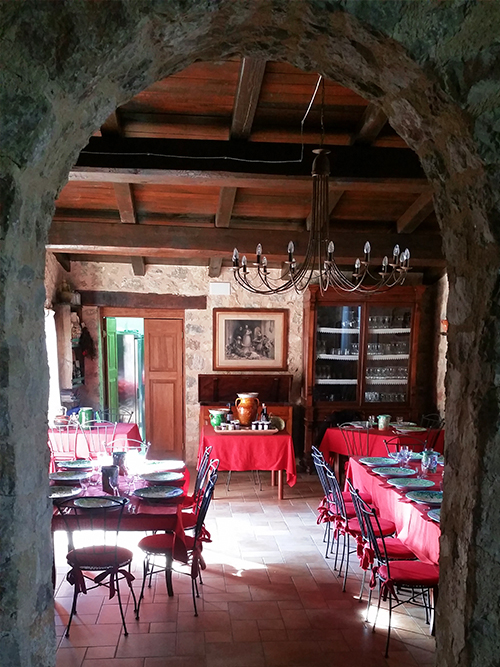 Nowadays La Torre Rossa gives you the chance to enjoy the history and the nature of a thousand-year old land, among myths, legends and the typical flavours of the Italian Tradition. You will find feelings and basic rules to live in harmony with nature, in suggestive accommodations of this healthy and calm environment. La Torre Rossa offers you a route of discovery through the rural culture, related with history and nature of South Lazio territories. A careful restoration carried on through natural materials, and the choice of a typical architecture of this territory, let us able to respect the original destination of the tower, highlighting the importance of every single space. Besides, its antique interior design and its furniture contribute to spread a particular sense of sobriety and elegance, creating a nostalgic atmosphere.

Last but not least was the attention paid to the reintroduction of plants: near olives trees and cork-oaks, Mediterranean trees, fruit trees, and aromatic plants were also planted. 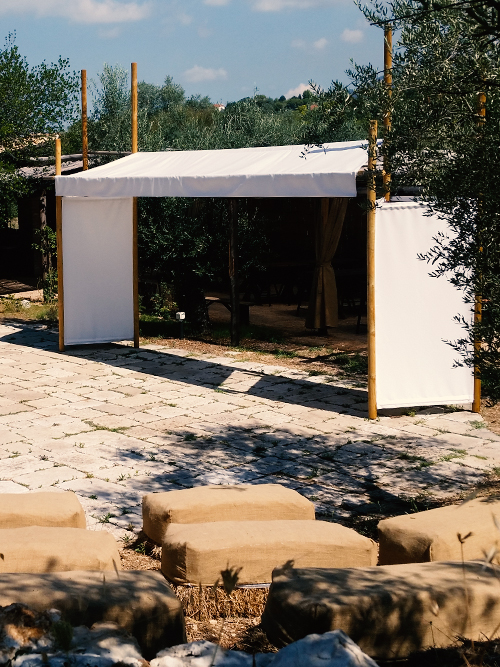 Introduction to The Stazzo

The stazzo is a rural, open structure behind the accommodations, where an elegant archway divides the residential area to the country one. The word stazzo comes from the Latin word “statio”, station, stopover destination and it was the centre of the rural life of thousands farmers for ages.

Our Stazzo has a big fireplace, a covered area with tables and chairs and a wide open space that reminds to an amphitheatre. In this space it is possible to organise events as performances, live shows, folk dances and private parties, but you can also enjoy the magic of the nature just walking around, in the cosy nature. 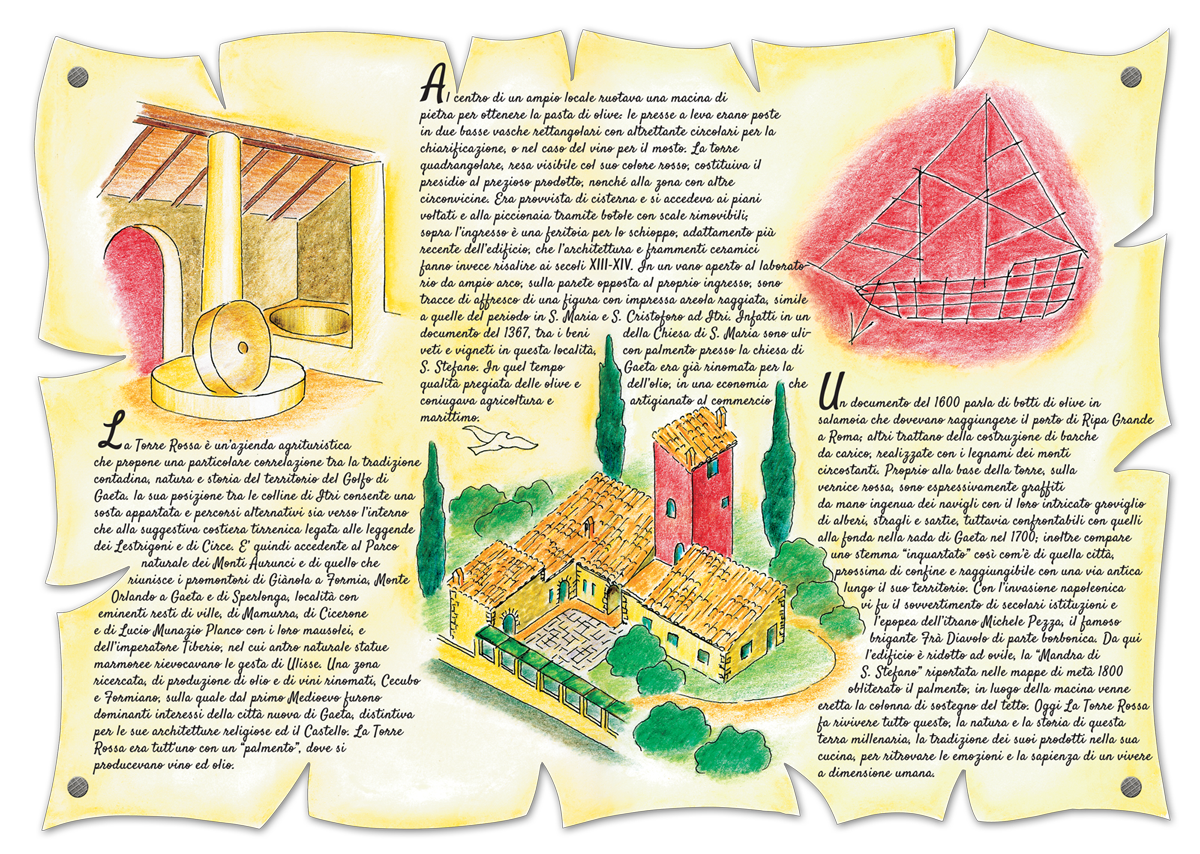